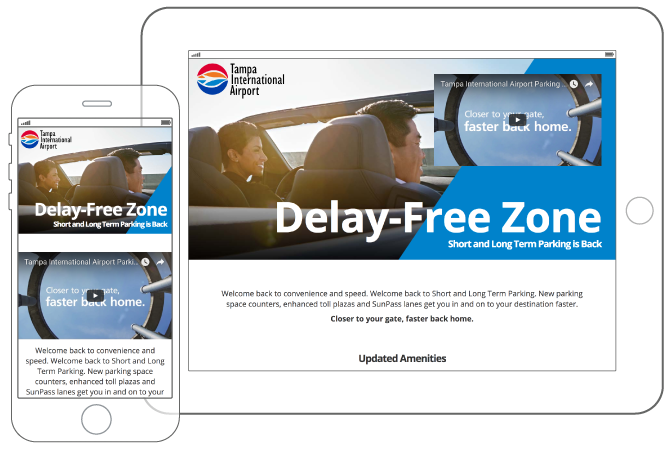 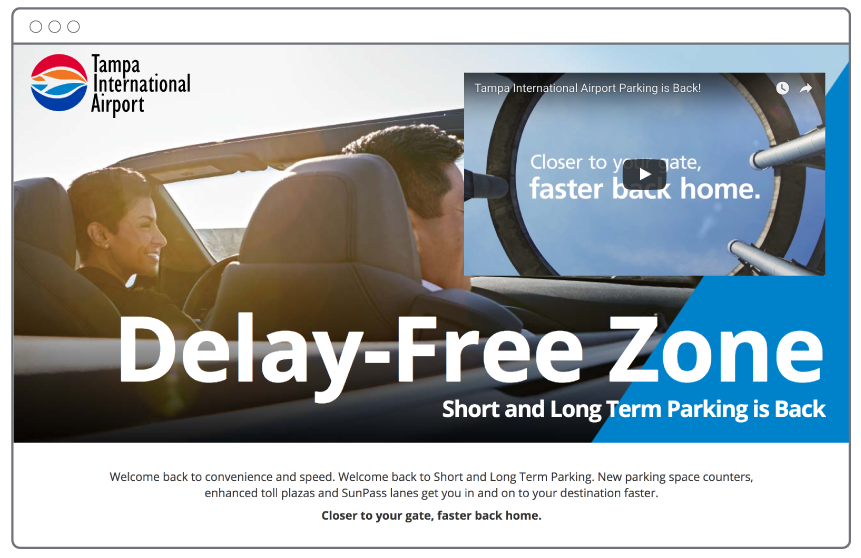 NOTE: These landing pages coincide with each of the three phases of this campaign. Both phase 1 and 2 have launched with the phase 2 active at this time. Once phase 3 launches, then we will post it here for your viewing enjoyment.

Up against an extremely tight deadline (as usual), Grafx went right to work developing and refining the concepts, designing storyboards and organizing the shoot logistics. These fully responsive landing pages were built to integrate the campaign video along with the client’s email marketing vendor.

Campaign development moved along expeditiously in thanks to a well-organized client who provided prompt and efficient feedback and approvals. The Grafx team was able to hit its deadlines and the client offered their regards.

Below is an overview if the objectives and messaging strategy developed by the Grafx team.

“Thanks again to you and your team for working on our parking campaign. I know it was a little rushed at the beginning, but you guys came through and produced really nice work. The overall reception has been positive so I am certain the analytics will parallel that. Looking forward to working with your team on future projects.” 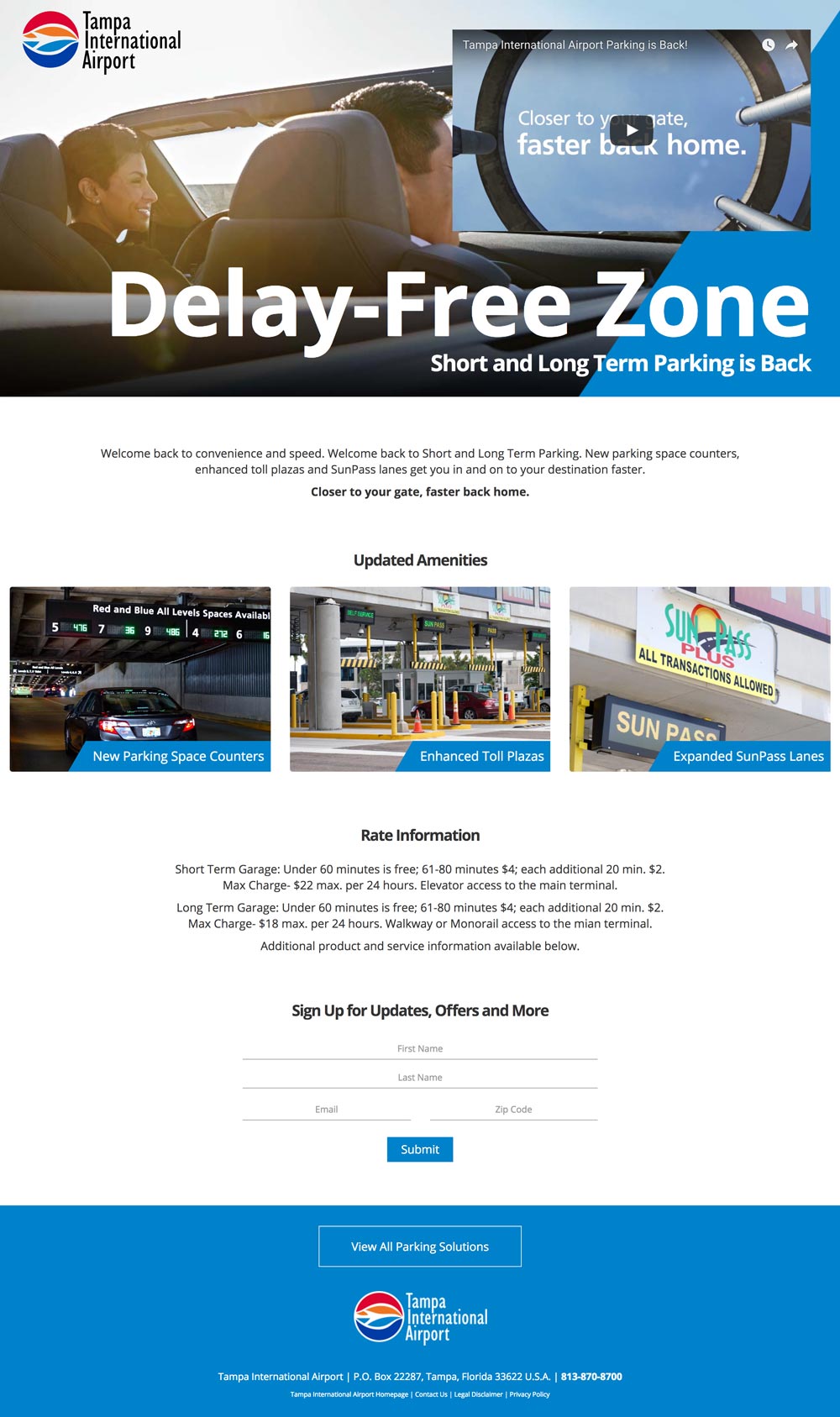 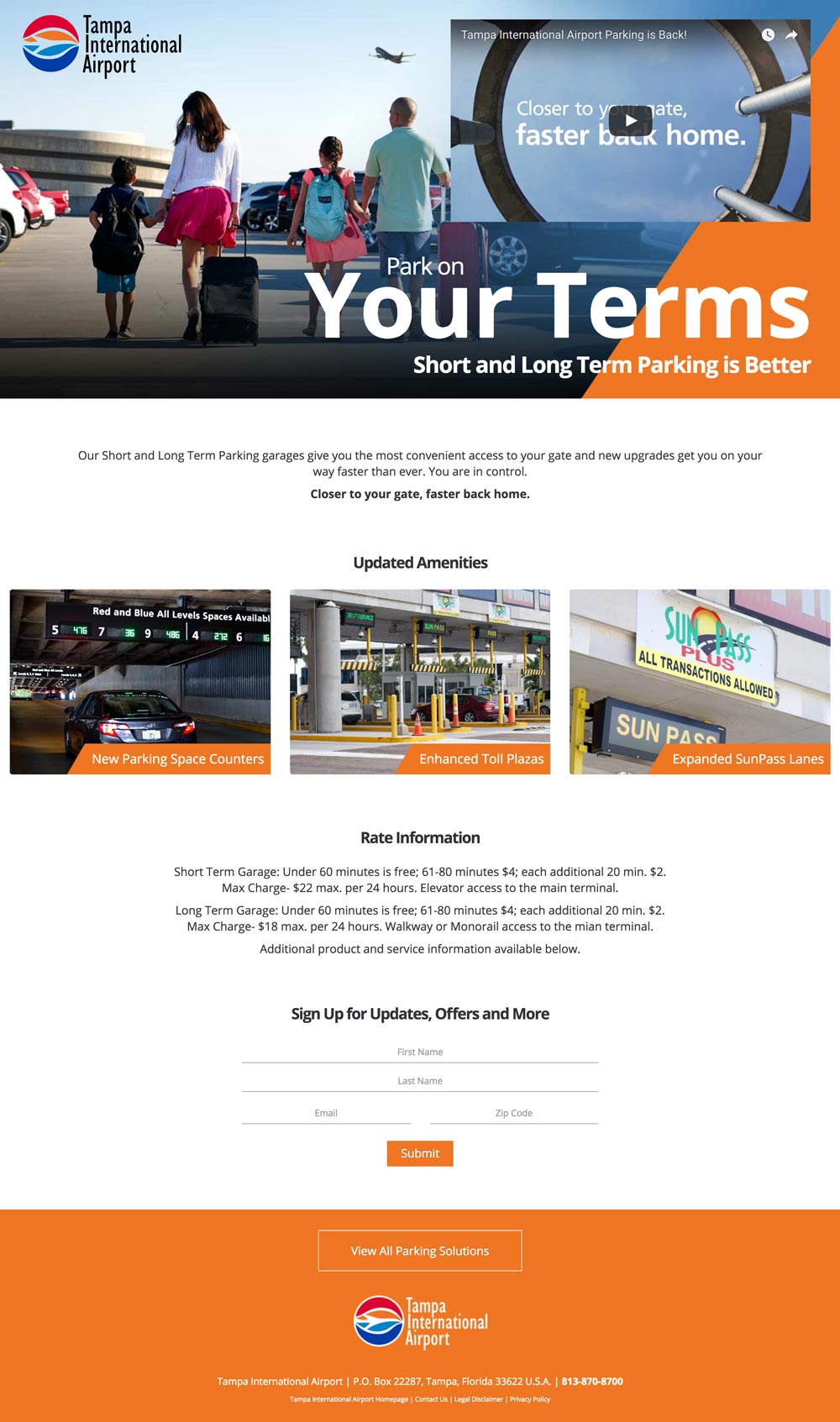 Phase 3 – Coming Soon! Check back on this page for updates.

If you it so much, why don't you share it?

Need a quote? Have a question? Just want to say hey? Click the button below and let us know. We are more than happy to help out any way we can.

Get in Touch with Us
Send this to a friend